Version 2 is coming with NFTs 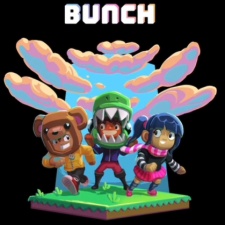 Having raised $20 million and grown its MAUs 50-fold during 2020, mobile social gaming platform Bunch has announced version 2 of its app, which it's positioning for the metaverse.

Describing the metaverse as a digital space where people come together, and move from experience to experience in a guest column on PocketGamer.biz, Bunch CEO Selcuk Atli argues that Bunch sits alongside the likes of The Sandbox, Roblox, and even Discord as being part of the current form of the metaverse.

Version 2 of Bunch will provide

Currently available on an "invite-only basis" as more features are added, interested parties can join the waitlist for access.

While the definition and formation of the current and future metaverse continue to ebb and tide, investment in the metaverse continues unabated, including Netmarble's recent announcement that 70 per cent of upcoming games will utilise blockchain technology.