Will be done without the use of identifiers or cookies 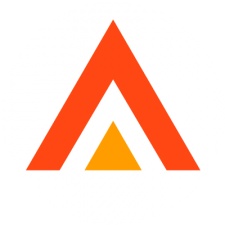 The targeting will adopt a privacy-first approach and will be done without the use of identifiers, cookies or personally identifiable information (PII), instead being based on player data.

The platform used by AdInMo, InGamePlay, allows the integration of ads without disrupting gameplay or immersion. The new partnerships aims to leverage "untapped" first-party data that will enable AdInMo to accumulate more behavioural signals.

"We’re delighted to be working with the team at NumberEight. We have a shared vision: that mobile advertisers should celebrate not fear the demise of user tracking. The ability to offer advertisers hyper-targeted campaigns without the need for PII or identifiers is a ground-breaking achievement in ad tech," said AdInMo co-founder and CEO Kristan Rivers.

The AI platform used by NumberEight detects live contexts such as when a user plays a game - at home or during a commute, for example - without tracking.

"Nearly everyone on the planet has a mobile phone and over half of them play mobile games, resulting in a rich diversity of both game genres and players. Mobile gamers definitely do not conform to traditional gaming stereotypes and on-device contextual signals help better understand these diverse and hard-to-reach audiences," said NumberEight CEO Abhishek Sen.

"Through this partnership, we aim to help AdInMo’s publishers maximise the value of their mobile inventory while also allowing advertisers to reach these relevant and diverse audiences in the moments that matter most."

Playable Factory recently revealed the launch of its new tool, Gearbox Video, which enables video variations of mobile gameplay to be more easily created for ads.