PG Connects London: how Genvid aims to bridge into the Metaverse 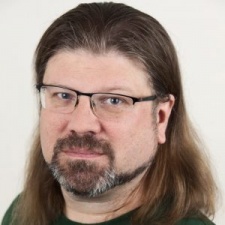 The ever stretching hand of the games industry is continuing to reach for something that no one seems to yet be able to agree what it is or how we get there: the metaverse.

Hamilton explained that one of the objectives of MILEs is to transform passive viewers into active participants through a combination of "lean forward gaming" and "lean back TV" experiences.

With MILEs, viewers can decide their own levels of involvement or influence in the experience, through either watching or giving input, with Hamilton giving the analogy of playing God.

Hamilton explained that there is an interplay between watch mode and create mode; the more users that watch boosts the powers of the creators, and vice versa. As one of the key components of a metaverse is interaction between users this builds the foundation for the so-called bridge.

Genvid has found that Pac-Man Community is extremely popular in emerging markets due to its ability to run on low end devices. Accessibility has been pinpointed as being one of the most important features that companies need to achieve a metaverse, with this access to huge audiences in emerging markets, such as India or Brazil, being crucial.

The benefits of MILEs is that, if ran successfully, are both accessbile and interactable, thus providing a strong entry point to the metaverse.