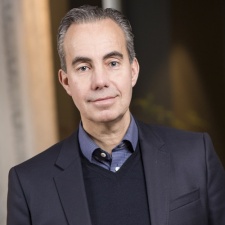 Stillfront Group has released its full-year and Q4 financials for the period ending December 31 2021.

The Swedish firm reported net revenues of 5.45 billion SEK (approximately $586.2 million) for the fiscal year, an increase of 37 per cent year-over-year.

Adjusted EBIT saw an increase of 21 per cent year-over-year to SEK 1.8 billion (approximately $193 million). Throughout the year the firm reported significant geographical expansion in MENA, India, and Japan.

For the final three months of the year Stillfront reported revenue growth of 33 per cent, reaching SEK 1.44 billion (approximately $155 million). Of this, 75 per cent was generated from its mobile operations, a decrease of 1 percentage point quarter-over-quarter and a decline of 2 percentage points year-over-year.

The firm cited that Jawaker, a Jordan-based startup that Stillfront acquired in September 2021, had a "very strong" first quarter and performed above its expectations.

During the quarter the firm added eight additional titles to its portfolio, bringing the total to 64 games. Additionally, the firm plans to soft launch 15 games within the first half of this year.

"In 2021, we continued to strengthen our business for the long term" said Stillfront Group CEO Jörgen Larsson.

"We have grown our active games portfolio from 42 to 64 games, we have increased our advertising revenues from 8 percent to 19 per cent, and we have expanded our geographic reach with talented studios in regions like MENA, East Asia, and the Indian Subcontinent.

"During the year, we have developed the Stillops platform further which enables us to realise more synergies between our studios."

Looking forward to 2022, Stillfront expects growth to be achieved both organically and through further acquisitions. The firm already started this growth with its $201 million acquisition of social mobile games publisher 6Waves in January.

Furthermore, this week Stillfront announced the appointment of Alexandre Salem as SVP of operations and platforms to boost the firm’s scalability and growth tracks.