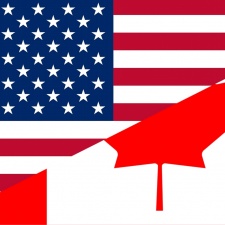 Throughout 2021 there were 228.7 million active mobile game players across the US and Canada, representing a four per cent year-over-year decline compared with 2020, but still up nine per cent from 2019.

This can be attributed to the higher number of active players during the height of the pandemic that have since returned to pre-pandemic activities, but also indicates that new habits are here to stay for the majority.

The new report from NPD Group, in collaboration with Sensor Tower, gathered data from 5,000 participants ranging from the two and above.

Despite the slight decrease in active users, NPD Group stated that this had no effect on the overall mobile games industry as both revenue and weekly play time saw double digit growth.

According to App Annie, global mobile games revenue increased 15 per cent in 2021 to $116 billion, evidencing the continued growth post-pandemic.

Furthermore, the report outlined that all but one mobile game genre witnessed revenue growth, with 54 per cent of all revenue generated from three genres: skill and chance, puzzle, and strategy. The only genre the decreased was sport, which was down four per cent over 2020.

"While there is still growth in the US and Canadian mobile gaming market, it is beginning to normalise in the wake of peak pandemic restrictions," said NPD Group executive director, games, Mat Piscatella.

"And as restrictions have eased, we’re seeing consumers downloading fewer new titles in favour of focusing their investment more heavily on titles they already are playing. Providing a variety of ways to engage with experiences both in shorter bursts while on-the-go and in longer sessions at home will help consumers maintain their engagement as their daily lifestyles continue to shift in the coming months."