Batsman will act as ambassador and figurehead for upcoming mobile title 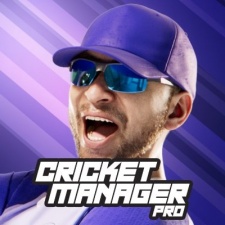 Through the partnership, de Villiers will act as both ambassador and figurehead for Cricket Manager Pro.

Brings the game to life

"Cricket Manager Pro is one of the most exciting and compelling sport manager games around, because it brings to life all the challenges and excitement of our brilliant game," said de Villiers.

Wicket Gaming CEO Eric de Basso added: "We are very pleased to have AB de Villiers as a partner in our company and as an ambassador in our game, Cricket Manager Pro. With AB de Villiers, we partner up with one of the world's most famous cricket players of all time and we look forward to engaging him in Wicket Gaming.

Last month, Free Fire developer Garena revealed an upcoming partnership with South Korean pop band BTS which is due to come at the end of the month.