Studios will partner to develop an "all new experience" 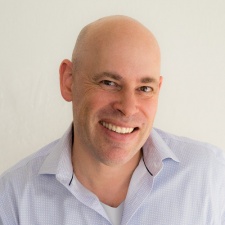 In addition to the partnership, Scopely has made a $20 million investment and the two studios will collaborate on the development of an "all new experience".

Burlingame Studios is led by former Glu Mobile SVP Chris McGill and made up of "best casual game-making teams in the world". The studio was co-founded by McGill, alongside Barlow Gilmore, Brandon Jones, Jose Avila, and Scott Cuthbertson.

Burlingame has stated that it selected Scopely as its partner due to the latter’s Playgami tech platform that supports an "optimal" game-making process.

An all new experience

"We are proud to invest in this group of gamemakers who are deeply committed to building the best experiences possible and thrilled that they selected us as their partner of choice."

McGill added: "Our team is excited to start a new adventure together as Burlingame Studios, and with Scopely, build on our collective track record of big wins. With many years of experience creating games, we knew exactly what we wanted and needed in a partner - an extremely dynamic and intuitive technology platform, strong infrastructure and publishing expertise, deep investment and commitment in our team, and a culture that empowers creativity and innovation."

Last month, Scopely announced the appointment of Salaam Coleman Smith to its board of directors, who brings a wealth of entertainment industry experience, including work with big IPs.