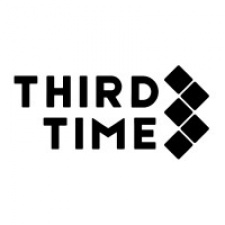 The studio has stated that it will use the funding to scale its team and games portfolio, with a focus on reward-based games.

Back in the saddle

The studio will offer NFTs of horses that players own, breed, sell, or trade across a marketplace. The team currently has five horse-related NFT collections trading "in top volume" on the Solana ecosystem, such as Stylish Studs and The Fillies.

Photo Finish Live is the successor to the studio’s first mobile game, Photo Finish Horse Racing, which launched in 2015. In its lifetime the game has accumulated over 13 million downloads worldwide.

Horse races in the games will be affected by the horse’s strengths and weaknesses, as well as other factors such as weather or track conditions. The game will feature two native tokens, $CROWN and $DERBY, that will guide all in-game interactions and can be traded on exchanges.

The other title, The Suites, is a sports-themed metaverse featuring virtual social spaces where Suite owners can interact with others, watch esports, or take part in competitions. Players can also customise their suites to include games and other contests for players to earn $SUITE tokens.