For use by the pro PUBG Mobile teams 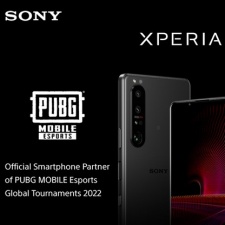 Krafton's PUBG Mobile has announced its official smartphone partner for its tournaments this year to be Sony’s Xperia.

This smartphone will be partnered with PUBG Mobile’s tournaments globally for the duration of 2022, meaning Sony will provide professional teams with its flagship Xperia series for competitions at the biggest PUBG esports events.

"The player experience is always of a top priority for PUBG Mobile esports so it felt natural and confident to enter a partnership with Sony’s Xperia," said PUBG Mobile global esports director James Yang.

"We look forward to seeing our players showcasing an even stronger performance with their Xperia flagship series at our global tournaments this year."

Sony Corporation senior general manager of the mobile communications business group Tsutomu Hamaguchi commented: "It is such an honour to be part of PUBG Mobile’s global events for 2022 and provide Xperia models for its players. The Xperia has been designed to allow players to perform at their best and we look forward to enhancing the PUBG Mobile esports competition."