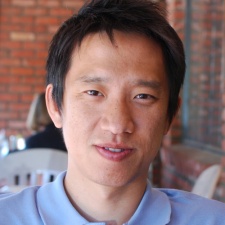 It’s not an exaggeration to say blockchain gaming has been a dominating topic at GDC, and following the rebranding of Gamevil to Com2uS to represent its commitment to blockchain gaming – one of the biggest mobile companies to do so – it’s certainly the topic on president of Com2uS USA Kyu Lee's mind.

“We took a 30 per cent ownership of Coinone, which is the third largest crypto exchange in South Korea. And then NBA Top Shot came out, while we were figuring out NFTs. We were sure blockchain was going to be mass market, and you cannot be left behind."

It was not only the NBA’s NFT collectables platform that earned Com2uS’ attention but also the financial success of Axie Infinity. Although Lee was cautious with his praise: “You look at Axie, and… it’s not the best game. But that money is bringing with it a lot of talent. Axie is only going to get better.

“With every game, every piece of technology, iteration is important. We’re not going to make the best games right from the start, we’re not going to get everything right initially. But that’s part of our Web2/3 hybrid approach, to gently ease players entering this with us.”

Lee is conscious of the dominance of the App Store – “it’s still the biggest way games get their way into people’s hands” – but the pivot to blockchain gaming and the value of NFTs seems to have won him the acclaim of peers at GDC: “Everyone has been telling me, ‘Kyu, you’re doing the cool stuff’.”