Oxalis Games has raised $4.5 million in a seed round led by Blocore and including Supercell, Animoca Brands, and Sir Ian Livingstone 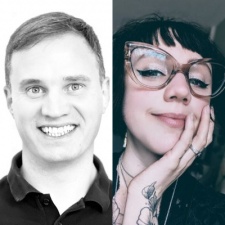 UK-based developer Oxalis Games has raised $4.5 million in support of its upcoming Web3 social simulator/farming RPG, Moonfrost. Notably, this is the very first Web3 project to be financially support by Supercell.

Oxalis Games was co-founded by Ric Moore, former co-founder of Bossa Studios and The Secret Police – responsible for the mobile port of Stardew Valley, and Gina Nelson, who has worked on art teams in Star Wars and Disney, among other leading IP.

“The next generation of crypto games”

Moore stated: “We’re building the next generation of crypto games where fun comes first. We intend to raise the bar in terms of quality and user experience. We’re also doing some pioneering things with NFTs which we haven’t seen done before.”

Nelson added: “We're building a game to stand the test of time. It’s going to redefine people’s perception of crypto games. I couldn’t be more proud to be a part of such an innovative studio.”

Supercell has been active in providing financial support, including recently acquiring a majority stake in Love & Pies developer Trailmix, but this is the company's first Web3 commitment.