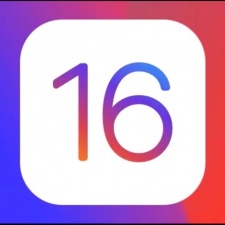 Apple’s WWDC 2022 keynote has revealed its latest mobile operating system, iOS 16, which will include a number of games-relevant enhancements including Live Activities and updates to Family Sharing, as well as the upcoming Metal 3 API for iPadOS 16.

Live Activities will prevent multiple push notifications, instead displaying updates as they occur. This was demonstrated using a live basketball match, but it remains to be seen whether this will be expanded to games – where it may be valuable for games with a constant feed of activity and encourage players to enable notifications. The Live Activities API will be available to developers shortly.

Family Sharing updates will allow app sharing with five other members, including Apple Arcade subscriptions and include parental controls on games access.

Metal 3 API is coming to iPad and Mac

The new Metal 3, which will include the MetalFX Upscaling API and Fast resource loading API, will be coming to iPadOS 16 and Mac. Additionally, the Background download API will be deployed on iPadOS 16 to support larger titles.

With the reveal of Metal 3, Apple and Capcom also announced the Mac version of Resident Evil Village, to be released lated in the year.

Apple also announced the M2 chip, which will enable 25 per cent higher graphics performance and as high as 2.3 times the power performance compared to the M1. However, with the two-year time wait towards integrating the M1 into iPhone models – M2 will first appear in the new MacBook Air – its potential value for the mobile games industry is a distant promise.

Developer betas are now available, with each announcement to be issued by Autumn 2022. However, anyone hoping for a more in-depth look at the Cupertino tech giant’s approach to mobile games and Apple Arcade’s future will leave WWDC somewhat malnourished.

However, if you are looking for your Apple Arcade fix, you can check out the PocketGamer.biz Apple Arcade list, profiling each release currently available on the subscription service.