Working with developers such as Ripstone, Nanobit, and Chimera Entertainment 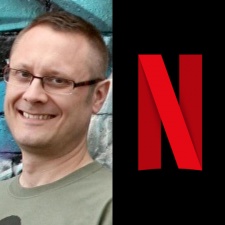 Netflix recently unveiled several upcoming game titles, including many based on shows from its streaming platform.

Among the week’s reveals were The Queen’s Gambit Chess, Too Hot to Handle, Reigns: Three Kingdoms, and Shadow and Bone: Destinies – all inspired by current Netflix series.

Available for free through a Netflix account, The Queen’s Gambit Chess will see players encountering characters from the show and playing chess in its more noteworthy locations such as the Mariposa Hotel. Featuring online play and exclusive to Netflix members, the game was developed by Chess Ultra creator Ripstone.

"We’ve set out to create a ‘love letter to The Queen’s Gambit’ and a new benchmark for chess on mobile by channelling our own love of the show," commented Ripstone creative director and co-founder Phil Gaskell.

Nanobit’s Too Hot to Handle is expected to launch sometime next year, and the single-player La Casa De Papel game by Killasoft is also coming to Netflix members at a currently unconfirmed time.

Based on The Romance of the Three Kingdoms, Reigns: Three Kingdoms will set players the task of rising through the ranks in ancient China, meanwhile Chimera Entertainment’s RPG Shadow and Bone: Destinies, another new mobile entry from Netflix, features playable fan-favourite characters from the show and is due to launch next year.

Grishaverse rejoice! Our first game announced out of #GeekedWeek is a brand new Shadow & Bone game!

Shadow and Bone: Destinies is a narrative RPG in early development. pic.twitter.com/vM2mwkpogp

Desta: The Memories Between, a game about introspection and self-reflection, also released a trailer during the week, in addition to new shows based on games have also been announced such as Sonic Prime and the immediate release of Poinby, from Downfall developer Ojiro Fumoto, as listed in our complete Netflix Games list.

Stranger Things: Puzzle Tales was removed from app stores recently, ahead of its move to being a Netflix exclusive later this year. And while Netflix's mobile gaming plans are certainly taking strong form, Ampere Analysis' Piers Harding-Rolls cautions against overwhelming optimism re: subscription gaming in his latest PocketGamer.biz column.