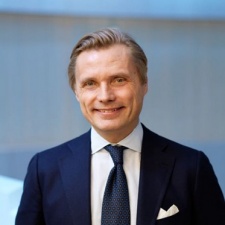 Sweden-based Ericsson is predicting that 5G mobile subscriptions will reach beyond one billion this year.

The prediction follows a 2022 Q1 wherein 5G subscriptions grew by 70 million, bringing the total to approximately 620 million. The quarter also proved lucrative for 4G subscriptions, also rising by 70 million to the larger total of 4.9 billion.

Originally, Ericsson’s 2022 estimate was at around 1.1 billion, but this has now decreased by 100 million due to uncertainties caused by the Russian invasion of Ukraine and the resultant weakening of the economy.

Ericsson also expects this year to be the peak of 4G user growth, with a decline imminent as users shift to 5G. The company previously predicted 2021 to be its peak.

The report also predicts that by 2027, 5G subscriptions will reach 4.4 billion.

McKinsey & Company recently released a new metaverse report exploring what the metaverse could be and how value can be created from it, suggesting it could see earnings of $5 trillion by 2030.