The stake was acquired for $8.5 billion 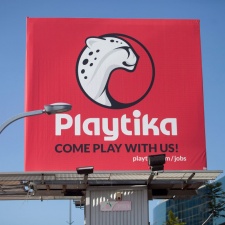 Private equity firm Joffre Capital has acquired a 20 per cent minority stake in social casino games specialist Playtika, according to a regulatory filling on Tuesday 28 June, as reported by Reuters.

Joffre has agreed to purchase 106.1 million shares, representing 25.7 per cent of outstansing shares, at $21 each.

This is considerably higher than market price – 46 per cent premium over trading prices on Monday June 27.

Shares in the company have been falling since Q3 2021, with industry analyst Eric Seufert reporting a 25 per cent decrease at the time.

This decline has been attributed to Apple’s ATT, which has led to significant disruption in mobile gaming monetisation and ad approaches, affected the company’s re-engagement strategies.

“Playtika’s legacy catalog of social casino games features a deep well of dormant players; Playtika is generally seen as one of the industry’s leading performance marketing operators and has highlighted the prominent role that re-engagement campaigns (sometimes referred to as “retargeting”) play in its success”, wrote Seufert.

Last month, the company announced layoffs across three development studios in London, UK; Montreal, Canada, and Los Angeles, US, accounting for roughly six per cent of its workforce.