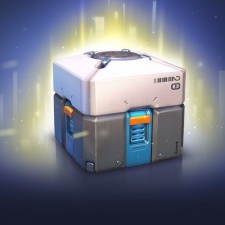 The contentious matter of loot boxes has again risen to the forefront with a new push in the Netherlands to ban them from video games.

Six political parties are supporting a ban that, if successful, would leave developers obliged to remove loot boxes from their games in the country.

The case against loot boxes

As reported by VGC, the motion made at the House of Representatives states that children in particular "are manipulated to purchase microtransactions" and that loot boxes in and of themselves are a "form of gambling". Potential disruption to families was also noted, with the six political parties consequently seeking an amendment to the law.

Parties in the Netherlands have aimed to ban loot boxes before, succeeding for a time with an amendment to gambling laws in 2018. EA successfully overturned the ruling on its loot box court case in the Netherlands this March, however, with its packs being deemed part of a wider game, "not an isolated game".

EA was able to avoid an $11 million fine as a consequence, and other developers have taken this result as encouragement to introduce their own loot boxes into games since.

Activision Blizzard, on the other hand, did not release Diablo Immortal in the Netherlands or Belgium when the game launched in early June. The developer hasn’t outright confirmed that their loot box policies were the cause of this decision, but did cite "current operating conditions" as a reason.