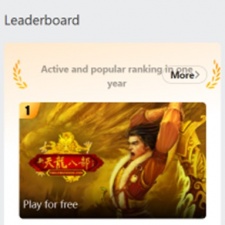 Chinese tech conglomerate Tencent is closing down the mobile version of its video game portal WeGame this September, already having ceased the acceptance of new users on the app.

The ability to download WeGame is to end on July 15.

Initially, WeGame was designed with the goal of rivalling fellow games platform Steam, but Tencent referred to "changes in business development strategy" as the reason for stopping, South China Morning Post reports.

Both versions of the app – WeGame and its version within Tencent’s WeChat – will see services stopped as of the same day: September 8 2022.

In April this year, Tencent also announced the closing of a service that allowed China-based gamers to access overseas games platforms. The company's revenue growth decreased to the slowest rate on record before China finally lifted its eight-month freeze on new game licenses.

The original launch of WeGame was in 2017 as a rebranded instalment of the Clash of Clans creator’s former game distribution site Tencent Game Platform. It released on mobile and on PC, with certain app functions now due to transfer to the latter – expected to remain functional.