Mobile gamers experience lag and latency at greater rates than PC/console, with 34% quitting games entirely as a result 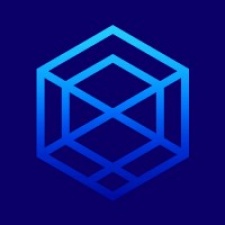 A report published by Edgegap has delved into the key issues regarding player experience, and found that latency and lag are the most prominent issues facing issues.

The report studied 2,000 UK and US gamers across a variety of demographics and found that 97 per cent of those surveyed have experienced latency and/or lag while playing games, and 50 per cent cite it as their biggest frustration, with 34 per cent surveyed admitting to quitting games or sessions entirely.

A further 31 per cent of those surveyed are willing to sacrifice game quality for overall performance by turning down graphics and other settings.

The study also found that lag is more common for gamers in the 18-24 age range (48 per cent) than older ones (36 per cent), and are more likely to quit the game in some form if they experience latency (66 per cent, compared to 58 per cent).

Edgegap director of business developement Jeff Tremblay recently spoke at PGC Seattle on the need to address vital security issues, if play-to-earn to be become popularised.

44 per cent of gamers respond to latency by quitting their games – what can we do to stop this?