The Nothing Phone (1) reviews round-up – a "near perfect", potential "iPhone killer"

Sounds too good to be true but not a handset for gaming: here’s what everyone are saying about Nothing’s new phone 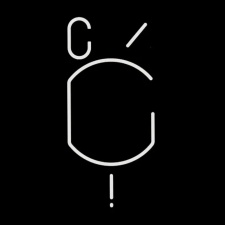 Nothing’s premier phone – the aptly named Phone (1) releases today - and reviews are starting to come in about the device.

These early reviews are largely positive. In a 7.5/10 review, androidpolice.com praised the unique design and lack of bloatware. However, their reaction to the phone’s cameras was mixed.

“In daylight, images are pretty consistent, at least when you stick with one of the two cameras for all subsequent shots. As you switch between the primary and the ultra wide, you will notice quite some difference in the color temperature and sharpness,” states the review, going forward to add that the camera “can’t keep up with the competition” in low light.

GQ were extremely positive about the device, citing its potential as an "iPhone killer" – especially notable considering the mid-range pricepoint. The phone has been praised in comparison to other phones in the same price range. “We’d much rather have a Phone 1 than a mid-range honor or OnePlus and it’s a hell of a lot more exciting than the iPhone Mini or SE.” Again, the review was critical of the night-time photography, calling it “lacklustre”.

It is rare for the first generation of a consumer tech product to be nearly perfect, but here we are with the Nothing Phone (1)

Wired gave the Phone (1) an 8/10, with reviewer Julian Chokkattu stating that “It is rare for the first generation of a consumer tech product to be nearly perfect, but here we are with the Nothing Phone (1).”

They drew particular attention to the Glyph Interface – a series of 900 LEDs underneath the transparent backing which can act as an alternative to camera flash, and combined with sounds to set up with unique patterns for app notifications. Apart from that, the review states that the phone is still a great piece of tech.

“What sets the Nothing Phone (1) apart from other first-gen smartphones is that it nails every primary function wonderfully. Take away the bright lights and you’re left with a simple, affordable, and effective phone, from the screen to the camera to the battery. It’s hard to find many faults,” states the review.

The Verge were largely positive, but more critical in their review, calling it “just a good midrange device with flashing lights on the back.” While conceding that the Glyph Interface could be less obstructive than other notification methods, and that it could be genuinely useful in the future – especially given the fact that different patterns of light can let you know whether you’re getting a text, call, or DM –reviewer Allison Johnson found that she hadn’t found much use for the feature, and the combinations were hard to keep track of.

“Was that “squiggle” or “beak”? Is the big blinking “C” an email or an Instagram DM? The system worked best for me when I set specific glyphs for one or two important apps rather than a bunch of different glyphs for different apps. “

Digital Trends also gave the phone a positive, if tempered, review. While the site praised Phone (1)’s quirky, eye-catching design and easy to use software, it criticized the phone’s short battery life and, perhaps most critically for us at pocketgamer.biz – the performance of the phone when gaming.

“It’s when you play games that the processor starts to struggle, and it generates quite a lot of heat when it does. Play Asphalt 9: Legends or Diablo Immortal for 30 minutes, and there’s a noticeable buildup of heat on the back of the phone. It’s never burning, and the phone doesn’t get too hot to hold, but you definitely get the impression the phone is working hard. It’s distracting too, and when a phone gets hot in this way, it can only negatively affect battery life,” states Andy Boxall.

So where does that leave Nothing’s first foray into the smartphone market? As Wired state, it's rare for the first generation of a phone to get so much right, so while there may be some mixed reactions to certain aspects of the Phone (1), the fact that the reviews have found so much to love may just point to a real competitor in the market, and is sure to be encouraging news for the Nothing team.

The Phone (1) launches today in a variety of markets.