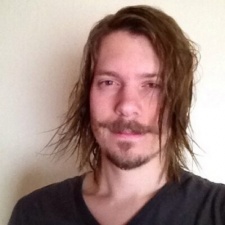 Political puzzler Papers, Please has been officially announced for mobile, with a release due on August 5.

As confirmed by indie developer Lucas Pope on Twitter, the mobile release is coming almost nine years to the day since the original 2013 release on Steam.

Pope’s short and sweet Twitter reveal, "’Papers, Please’ but small. August 5th.", was paired with an image of the game running on mobile.

Answering the many questions of Twitter users in the subsequent thread, Pope confirmed "This one’s standalone" and not part of a subscription service. He also clarified that Papers, Please will release on Android and iOS phones and tablets, with mobile achievements included.

Papers, Please on mobile will be a portrait-only game and took roughly eight months to develop. Besides "slightly adjusted" timers and a new interface, the content is said to be the same.

Twitter revealed the popularity of game discussions on its platform earlier this year, expanding on which games were the most tweeted about during Q1 2022 amongst the almost 800 million game-related tweets across the three-month period.

The release of Papers, Please sees another PC indie favourite reach mobile some years after initial release, following Subset Games bringing Into the Breach to mobile, albeit exclusively to Netflix subscribers.