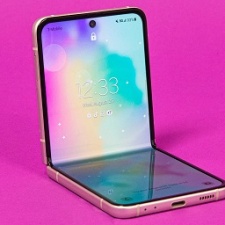 As technology continues to evolve, phones have perhaps seen the most drastic change, with foldable phones often touted as the next big thing, just like flip phones and touch screens before them, with Samsung leading the charge.

New data released by Samsung, has delved into the success of the innovation, announcing that 10 million foldable phones were shipped in 2021 – a 300 per cent increase from 2020.

Samsung didn’t offer a specific breakdown of devices, but did state that 70 per cent were in the “flip” style, compared to just 30 per cent for the fold style. The big difference between the two, from a UI perspective, is size; the “flip” style phones fold down into a smaller size, whereas the “fold” style can be described as a phone/tablet combo, expanding into a larger size.

Compared to the Z Flip 3, the Z Fold 3 also boasts additional ram, storage, and better battery life, among other bonuses, however these additions result in a significantly higher cost ($1,799 compared to $999) which accounts for the popularity of the flip style in comparison, as image-conscious consumers may opt for the more affordable option, despite the lower specs.

I haven't tested on a foldable but I'm certain it will break in some charming way.

Technology continues to evolve, and with Samsung and Apple battling for dominance of the mobile space, it’s natural that each is keen to develop the next big thing. This data points to the possibility that Samsung's current dominance of the foldable technolagy market could see them increase their market share as consumers continue to purchase the company's devices.

However, some developers have expressed their concerns regarding the new technology – in particular, how sturdy it is. When asked about the performance of the upcoming mobile release of Papers, Please on foldable phones, developer Lucas Pope tweeted that he had not tested on a foldable device but that “I’m certain it will break in some charming way".