The round was led by KB Partners and Union Square Ventures 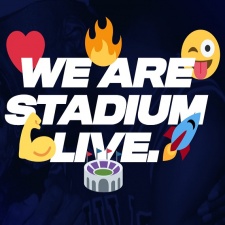 Stadium Live has raised $10 million in a Series A funding round led by KB Partners and Union Square Ventures.

Calling itself “The largest party for modern sports fans,” Stadium Live is a metaverse platform for sports fans, allowing users to chat in groups, play games, purchase digital collectables, and draft teams during live matches and sports streams. It was created by Canadian studio Stadium Live Studios, Inc, which was founded by Kevin Kim and Paul Xu with the intent of building a digital playground for the next generation of sports fans.

The next generation of sports fans

"Throughout my career, I’ve seen firsthand Gen Z sports fans’ desire to connect with their teams and fellow supporters on a deeper, more interactive level," said Origins Fund co-founder and 2018 FIFA World Cup Champion Blaise Matuidi. "Stadium Live is the most relevant way for fans to gather and engage in the sports ecosystem. I’m very happy to be part of the Stadium Live adventure alongside an incredible champion like Kevin Durant."

As the metaverse continues to evolve, businesses and personalities from many industries are growing increasingly concerned with establishing a strong metaverse presence in order to remain relevant to consumers. Last month, supermodel Karlie Kloss partnered with Roblox on the platform's first fashion line.