The game is implementing NFT heroes and blockchain farming 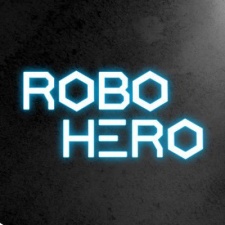 Polish studio RoboHero has launched a new game that implements metaverse components, with a new take on the play-to-earn model.

Many play-to-earn games currently suffer due to the steep entry barrier, with players something having to pay hundreds of dollars to eveb begin playing the game in earnest. RoboHero seeks to overcome this barrier by allowing players to earn SCRAP points by watching ads, which they can then use to purchase their first NFT character.

The game also implements in-game advertising through the use of billboards, which advertisers can rent or sell, and use to advertise their products and services.

A new approach to play-to-earn

Players can also earn money and rewards through the purchase of in-game land, where the in-game PVP battles will take place and the NFT landowner will be allocated 5 per cent of the battle pool. Additionally, these lands can be used for mining, allowing players to gather crafting materials. The landowner will again take 5 per cent of the mined material, with an additional 5 per cent going to the creators as tax.

The monetisation strategy means that not only does the game offer users the chance to earn money cryptocurrency and rewards through play, but they can also utilise the in-game economy to earn cash through the trade of in-game features.

The game is currently in beta and, while a release date for the full game hasn’t been announced, the RoboHero team is preparing to release a game demo video highlighting the game’s features and metaverse implementation.

With this launch, RoboHero is set to join a host of other mobile games in offering blockchain functionality.