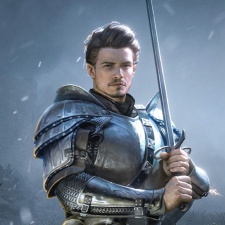 Real-time MMO King of Avalon from FunPlus has just celebrated its sixth anniversary.

FunPlus is celebrating the occasion with new content and events, such as the Dragon Flame Feasts – where resources won in battle can be used to cook dishes for a feast – and a Fireworks Workshop, where participants can unlock chests to obtain rewards and gain points.

“It’s an honor to reach this milestone. In the ever-changing industry of mobile gaming, it’s a major achievement to celebrate six years of continuous live service and success,” said FunPlus Chief Business Officer Chris Petrovic. “The latest Frost & Flame expansion of the game, and the arrival of Orlando Bloom as a playable hero has breathed new life into King of Avalon - there’s always more to come and we can’t wait to celebrate with our fans.”

Since launch, the game has proven to be a massive success, with players forming 1.1 million alliances, creating more than 144.1 million unique characters, and slaying more than 6.29 billion creatures.

Despite first releasing six years ago, King of Avalon remains consistently popular, earning $10 million in the last 30 days and being downloaded 50 thousand times. The game has seen particular success in the United States during this period, with the country accounting for 46 per cent of revenue and 21 per cent of downloads.

Last year, we ranked Funplus as number 21 on our list of the top 50 game makers. Keep an eye out for the all-new Top 50 coming soon...

FunPlus' Guns of Glory shoots past $215 million in first year