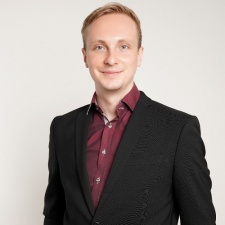 The conference brings together studios, publishers, influencers, and investors from throughout the gaming industry to network. The year, the publishers involved in GTR include Ubisoft, NetEase, and Deep Silver, while NCsoft, Korea Investment Partners, and Line Games are just some of the investors working with the conference.

At the end of the conference, ten of the most promising studios will be inducted into GTR’s annual accelerator program.

Through the program, these studios will be given grants starting at $40 thousand dollars, be offered support for their games and business development and be introduced to leading games publishers.

Additionally, the developers may be granted further investments through GTR’s newly launched seed program, with investments of $150-300 thousand dollars in select projects.

“Global Top Round is more than just about investing in games. We’re building an ecosystem or partners that are shaping the future of video game development,” said Global Top Round vice president of Business Development Pontus Mahler. “Our program is proof that not every project needs to be a triple-A title. We can help build a game’s success with the right tools and network. This year we’ll be bringing the brightest studios to Sweden to put their games on the main stage and get them the support they need.”

Last year’s GTR was held in Singapore, and partnered with Gamescom Asia. The event hosted 415 attendees and 22 studios from developers across the world.

In the last two years, GTR’s accelerator program has invested in more than fifty games companies, which have achieved more than $24 million in funding.

The conference is by invitation only, however, interested developers can apply for a spot at the conference here.

Our fellow Steel Media site PCGamesInsider published a list of last year's top 10 from the conference.