The donations will support children and equity 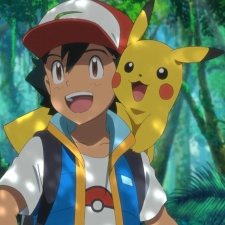 The Pokémon Company International, which is responsible for the Pokémon brand outside of Asia, has pledged to donate $25 million over the next five yearsto organizations focused on supporting social equity and improving the lives of children.

“The Pokémon Company International is grateful for the opportunity to give back to the communities in which it operates and where Pokémon has been so warmly received since it was first introduced,” said The Pokemon Company International president Kenji Okubo. “Pokémon is a brand that immediately sparks joy and has captured the imaginations of kids around the world for 25 years. With its universal themes of adventure, friendship, and perseverance, it has also been welcomed into the lives of an incredibly diverse fanbase in countries around the world.”

“We are dedicated to leveraging that unique ability and the support we’ve received from our broad community of Trainers to be a positive force in the lives of children and create a more equitable, inclusive world in which all can flourish.”

Giving back to the community

The support will come primarily in the form of monetary donations to a predetermined group of organisations. Additionally, the company will donate products from the Pokémon Trading Card Game and Pokémon Center products to groups that will distribute them to families and children in need. These organisations are intended to be long-term strategic partners that the company can support for at least the next five years.

Further groups may also be added over the course of the initiative. Currently announced philanthropic partners include Barnardo’s, UNICEF USA, and The Trevor Project.

The company has identified groups in three categories: global organisations that operate without borders, regional organisations operating in countries where the Pokemon brand has a strong presence, and local organisations serving the communities in and around the company’s offices in Bellevue, Washington and London, UK.

The Pokémon Company celebrated its 25th anniversary last year with a collaboration with pop star Katy Perry. In the mobile space, the company is well known for Pokémon Go, which was created in partnership with Niantic. Last year, we named Niantic as number one in our list of the year's top 50 mobile game makers. We'll be publishing our list for 2022 later this month.

What makes Pokémon such a monster game?