“exmox possesses an expert level of knowledge and has a unique marketing platform which will substantially strengthen the future growth of Aonic," said Aonic co-founders 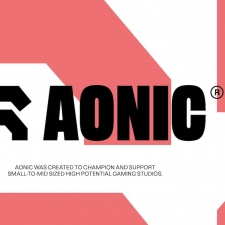 Prior to this acquisition, AddApptr, a monetisation and marketing firm, announced a $60 million investment from Aonic, which at the time was a fairly new group of video gaming development studios and gaming-related technology and service providers across all platforms.

Founded in 2015 by Alper Eger, exmox has created a unique ad-tech network that now reaches over 250 million users each month across 180 countries, and Aonic wanted a piece of the action.

“Exmox possesses an expert level of knowledge and has a unique marketing platform which will substantially strengthen the future growth of Aonic within the ad-tech space and beyond. We are extremely excited they join us and look forward to supporting them in unlocking their full potential,” said Aonic co-founders Paul Schempp and Olliver Heins.

According to Aonic, the investment will significantly strengthen Aonic’s ad-tech platform and create substantial synergies with Aonic’s recent investment in the monetisation and marketing specialist AddApptr. exmox states that the firm strongly believes in Aonic’s differentiated approach to championing and supporting high-potential mid-sized gaming companies

“Our continued growth is due to our team’s steadfast dedication to creating and implementing best-in-class marketing offerings that successfully help our partners expand their businesses,” said exmox CEO Caglar Eger.

The acquisition from Aonic might come off as a shocking one, given that earlier this year Exmox acquired both the consumer platform Empfohlen.de and Testerheld. Empfohlen had three million product testers at the time of Exmox's acquisition.

Empfohlen founder and CMO of exmox Manuel Tolle spoke on Aonic's acquisition. Manuel said, “Through the strength of the Aonic Group, we are now able to grow faster than ever before. There are now completely new opportunities for us. This deal has been strategically very important for us.”