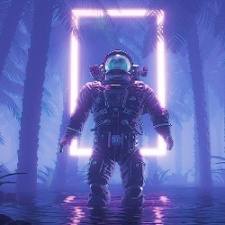 While it hasn't been announced whether the game will implement blockchain technology, the company’s careers page hints that the game may involve it in some capacity.

The company are hiring for three positions in its Blockchain category – a senior backend programmer, a smart contract developer, and a test engineer. All three positions will be based in Edinburgh.

However, the company states that these are “research positions” and are remaining quiet on whether the final product will include blockchain implementation.

"We do not like dismissing new technologies only because others haven’t found a solution for them yet," said a spokesperson for the company on Reddit. "We are building Everywhere on Unreal Engine 5, not the blockchain."

It’s important to note two things: the statement doesn’t state that blockchain technology won’t be implemented and, as Kotaku’s Ethan Goch wrote, Build a Rocket Boy has a major investor in Galaxy Interactive, which has invested in a large number of NFT and Web3 companies.

So why the coyness? Well, research has shown that despite their increasing profile in the games space, NFT’s and blockchain still remain controversial among mainstream gamers. Behaviour Interactive, developer of the popular multi-platform horror game Dead by Daylight, faced significant backlash last year for licensing the in-game model of horror icon Pinhead as an NFT.

There are also concerns regarding the environmental impact of blockchain technology which is at odds with a recent push within the gaming industry to adopt greener practices.

In short, while touting the game’s blockchain implementation – in any – could draw a significant audience, it also comes at the risk of turning away a number of mainstream gamers critical of the technology. It's also worth noting that for players who aren't interested in blockchain technology, the announcement of its use - or lack thereof - will do nothing to increase the game's profile among such consumers.

Build a Rocket Boy was founded by Rockstar North alum Leslie Benzies, who left the company in 2017. This year, we listed Rockstar's parent company Take-two Interactive as one of the top 50 mobile game makers.