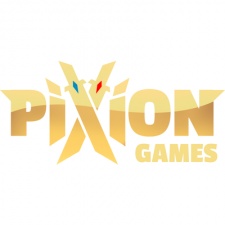 London-based Pixion Games, a game developer studio built by veterans from Konami, Blizzard, Riot, King, and Sony, have announced that they will be pioneering a new category they're calling Lunchtime Esports, one that brings the world of competitive gaming in short sessions to every player, at their own pace.

The firm's vision is to bring Lunchtime Esports to midcore competitive players with their recently announced first title, Fableborne. The firm originally made the announcement for this project back in May this year, which had been in development for 18 months at the time.

Fableborne is an action RPG blended with strategic base building, created by seasoned industry veterans. Fableborne's target audience is players who have less flexible lifestyles and don't have a significant amount of time on their hands to be glued to their phones in the competitive nature that is mobile gaming.

“Many multiplayer games have become too difficult to master without a significant time investment," said Pixion founder and CEO Kam Punia.

"Amongst the current midcore player base there is additionally an underserved audience of lapsed or time-poor competitive gamers who still love competitive gaming - but for various reasons cannot commit the time and dedication needed to truly compete in today’s demanding esports titles.”

Within Fableborne, players can choose to participate in an in-game tournament called Pixion League, where players will be rewarded with in-game tokens and NFTs that can be used within the game for in-app purchases.

Pixion League in Fableborne product manager Vasu Chaturvedi said, “The traditional Esports space is dominated by big organizations. Most are exclusive and have a pretty high entry barrier. We should think about the remaining 99 per cent of the player base that wants to play & grow in a competitive environment or just wants to participate actively in the scene.”

The London-based mobile game developers secured the funding for this project three years ago in July 2019, when the company received $2 million in seed funding that went towards building competitive mobile games designed for esports.

Disney launches Marvel: Avengers Alliance 2, the sequel to its most successful social game ever