The sale comes just a year after the initial investment 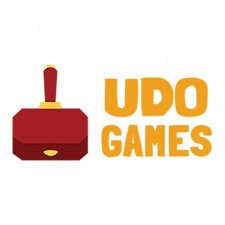 Just one year after buying shares in Udo Games as part of a successful round, both WePlay Ventures and Lima Ventures have sold their stakes in the Turkish developer to Mount and Blade developer Taleworlds.

UDO Games was first founded in 2013, and won numerous awards in Europe and Turkey with the casual action runner/tower defense title Incredible Toys, which it released in 2014. The company went on to find success with numerous .io titles, such as Sprear.io and Facepunch.io.

The investment round held in July 2021 was the first held by the company, and by exiting the investment WePlay and Lima have broken one of the records in the field.

According to WePlay, this exit is a part of the company’s business strategy, supporting pre-seed game ventures financially and strategically and helping to turn them into competitors on the global stage.

“As WePlay, we have been extremely aware of its potential since the day we invested in UDO Games with the dear Lima Ventures team. They also accomplished very successful works by using the investment they received correctly. However, to be frank, we did not expect such an early exit. The exit of a start-up that we invested in a year before completing our 2nd year as WePlay proved to us how well we did,” said WePlay Chairman of the Board Bora Koçyiğit.

“Likewise, we will continue to support the pre-seed game venture with all our strength and create new exit stories. I congratulate the UDO Games team and wish them success in their future works.”

Lima Ventures managing partner Ahmet Argun believes that the exit comes at the right time for both themselves and WePlay, as well as Udo games. Argun stated that “Our strongest point is to invest in the right ventures with the right business partners who are experts in their fields, and to support these enterprises throughout the process by using our smart money feature. It is an important success to make an exit with good conditions in this recession period that affects the whole world.”