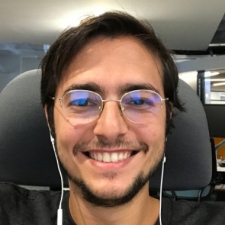 Gulliver's Games, a mobile game developer based in Istanbul, has successfully raised $750,000 in a funding seed round. The investments were led by Turkish based investment firm Boğaziçi Ventures and other participants including United States equity firm March Capital and investor Özgür Aksoy.

Boğaziçi Ventures, who has a focus on early stage startups in games, retail technologies and other fields, announced they had invested in Gulliver's Games and that they believe the studio will build a successful company within the expanding Turkish gaming market.

Gulliver's Games is a mobile studio who were founded back in 2019 with a focus on hybrid casual and tycoon game genres such as their title 'Plant Shop Tycoon'. They intend to use the new investment money to power their growth in the tycoon games market and to expand upon the infrastructure they have already been building. Their objective is to create unique experiences for gamers of all ages and calibre around the world, with sights being set on dominating the tycoon market in the future, this investment acts as a step towards that goal.

Speaking on the future of Gulliver's Games, founder Doğan Akdağ said “We are about to complete the preparations for our new game. We look forward to carrying out our long-term plans by growing our young and talented team.”

The group over at Gulliver's Games is looking to expand their small but experienced team, with the likes of Doğan Akdağ at the helm, who has previous experience in other successful companies such as Peak Games covering marketing operations and King Games which is part of the Activision Blizzard group who made our recent top 50 game makers list.

The growing game studio plans to continue to add more members to its dynamic team and is looking to release its game to the market soon.