A major development update for the Roblox platform has arrived on the game creation with a focus on stopping exploitative cloning. 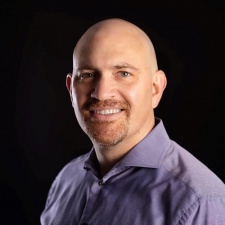 With the Roblox Developers Conference this weekend, Roblox Corp. has announced a new update bringing new developer tools and focussing on targeting issues like game cloning and age-appropriate experiences.

Although not an exclusive issue for Roblox developers, those working on the platform are all too familiar with game cloning, especially those looking to make their name in the space.

If a new developer strikes gold and releases a fun and engaging chart-topper, clone creators are quick to swoop in and create a (sometimes more polished) newer version of the same experience.

However, the new Roblox development update brings a "preventative cloning" feature, which targets any games that use copied or stolen source code.

Roblox Corp. chief technology officer Dan Sturman told Game Developer that this new feature has already been implemented into the online game platform and has removed 40,000 cloned games in the last few months.

Mr Sturman said: "The result is traffic goes to the right creator, not a copycat."

Roblox has previously been the centre of controversy regarding how easily young players can access mature content, or be targeted by forces from outside the Roblox ecosystem.

"Experience guidelines" is another new feature coming to the platform, bringing a loose rating system to Roblox titles.

These guidelines group games into one of three categories: All Ages, Ages 9+, and Ages 13+.

There is no 18+ rating, like we see from regulatory bodies such as PEGI, because according to Roblox guidelines adult content is "not tolerated". In fact, the creator has made several sweeping changes to the platform to protect it's younger users.

Features such as proximity chat, interactive video billboard ads and portals that transport the user into a branded experience will only be available on age 13+ rated games.

Alongside an age rating, all titles with an experience guideline will also need to have a description of the game’s content.

As much as Roblox Corp. is striving towards addressing some of the issues levelled against it, the company is still to find a way to address the accusations of young people doing underpaid development work for in-game currency, Robux, for developers within the platform. As with many User-Generated-Content-based platforms, users and creators are entirely external to the platform holder, so bad actors can take advantage.

Alongside age ratings and anti-copycat measures, Roblox Corp. has also brought facial animation to its platform.

This update will also allow developers to create and sell unique facial expressions and animations for Roblox avatars.

This adds to what is available in the Roblox store, which may drive up in-game spending, something that was in decline during H1 of 2022.

Roblox has been a regular feature on our pages recently, Roblox Corp. secured a spot in our Top 50 Mobile Game Makers awards earlier in the year, most recently they've made a string of high-level hires, including Stefano Corazza from Adobe.

Ryan Duff is a student journalist and freelancer. Working with PCGamesInsider.Biz, he writes about the latest business developments within the world of PC gaming. He has industry experience in both written and broadcast content, working with Scottish Games Network, and he launched that organisation’s YouTube channel and podcast.