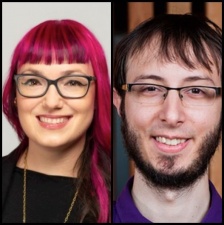 In a recent Q&A with Liftoff, Melanie Zimmermann who is head of marketing and Vinícius Gerez the principal user acquisition manager at Wooga,  a mobile games developer from Berlin,  discussed matters regarding the ever-growing and competitive space of mobile gaming, speaking on game advertising, user engagement and their thoughts on the mobile games industry.

An integral part of any mobile game is ensuring your title reaches the right audience and stands out among the other thousands of games out there, speaking on how to approach this challenge Melanie Zimmermann spoke on the process for Wooga and how it is critically important to stay on brand.

“Strategy-wise, we invest in research and analytics. We want to know our players, the different segments, and what they are receptive to. We also pay close attention to their feedback, both direct and indirect. Everything evolves from there”.

Zimmermann went on to speak about the strategies used to help maintain their player-base saying “First and foremost, you have to develop games that are fun to play and continue to deliver engaging content, including new features and live-ops. Players want something new all the time”

Speaking on this idea of giving players new content Zimmermann continued by explaining the importance of knowing your players so any new content produced will be relevant and keep them engaged with your game, player surveys may play a role in gaining this information and there's also an important social element.

“Some people meet in our Facebook groups, play together in teams, and then meet in real life. But the community managers are doing more than just moderating groups.” Zimmermann gave details on a competition that granted the winners a week at the game studio and what these types of experiences do to help cement the relationship with their players “It was a great way for the winning players to connect with each other and with us. And everyone had a blast. This makes the players feel connected to the community, the game, and the brand. It creates brand loyalty to produce positive and appropriate experiences for our players.”

Vinícius Gerez discussed some details regarding UA and which techniques they've seen create a boost in downloads “One main thing is to avoid fatigue. Having the same ads all the time will tire your players. So having a constant influx of new creative is always a good thing.”

Gerez also mentioned localizing their games to different languages and the impact that has “That’s very helpful not only for the product but also for UA. Every time we add a language, we can localize our creative and advertise to new audiences. Every time we got a better response from new players."

Taking the discussion further Gerez explained which metrics are used when analyzing user engagement data “We look at a few different metrics. At the very beginning, when we test a new ad, the IPM (installs per thousand views) and its consequent cost per install is most important. Even though it’s less important in the long run, which I’ll explain in a second. But CPI is what you look at immediately when pushing out an ad.”

Gerez expanded on these views stating that in the long run it is important to look at the return on investment, seeing which users who entered after seeing a new ad went on to spend money on the game “If the creative is generating enough money back, it will not matter as much that it had a high CPI to start with. Same applies with retention, if the creative is attracting people that stay for longer in the game, that could also pay off for a higher initial CPI.”

The Q&A was rounded off with thoughts on the changing space of the mobile games industry with Gerez saying “ In the very beginning of mobile, there was this stereotype that older people didn’t play and women played less than men. We wanted to make it available and accessible for everyone. We wanted to make everyone a gamer. Go a few years in the future, and most people playing our games are female. We also don’t have many 20-25-year-olds. They’re more in their thirties and above."

Gerez made the point that mobile gaming helped with these changes since it is incredibly accessible and the majority of people already have a mobile phone in their pocket whereas console or computer gaming perhaps was not always quite as accessible.

Pocket Gamer Connects Helsinki takes place this month where you can learn more about optimising your user Acquisition. Book your tickets before it's too late.