The first in-person show since 2019 is to be held this November in London. 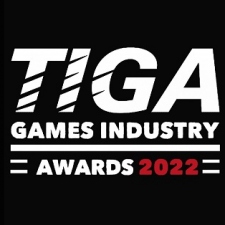 TIGA (The Independent Game Developers’ Association) have unveiled their shortlist for the finalists of the upcoming 2022 Game Awards ceremony. The first in-person awards show since 2019 is to be held this November at the Church House Westminster in London.

TIGA offers awards in numerous categories such as Excellence in Leadership, and best in genres including Casual and Arcade Games. The shortlist includes a number of notable entries from the mobile sector as well as nominations for prominent developers.

TIGA returning to an in-person format marks another major industry player returning to physical spaces after the easing of Covid-19 restrictions. “We have had a fantastic response from industry and education to the return of the TIGA Games Industry Awards as a live event”, stated TIGA CEO Dr Richard Wilson.

Space Ape Games and Kwalee also make an appearance in the ‘Excellence in Leadership’ category. With co-founders of Space Ape, Simon Hade and John Earner, sharing a nomination. Whilst Kwalee is also in the running for ‘Publisher of the Year’. Space Ape Games’ inclusion on the list, ‘Beatstar’, also celebrated its one-year anniversary this September with 38m total installs.

If any of these names look familiar, you probably recognise them from our own list of the Top Mobile Game Makers in 2022. Check out the list for a breakdown of some of the top game makers in the mobile space selected by PocketGamer.