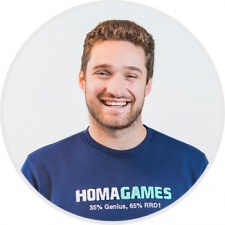 After the huge success of the hypercasual genre, the emerging arcade idle subgenre has appeared to some to be becoming turbulent.

Homa Games studio partnerships manager Victor Vielliard has now weighed in with an aim to answer the question: "Is arcade idle really dying?"

With growing concerns that arcade idle games are less profitable than they once were, Vielliard stated on LinkedIn that whether to drop arcade idle prototypes is something "a lot of people have been asking".

Vielliard’s answer to the arcade idle conundrum was also a question: "What is your process?"

In need of consideration are the time and budget allotted for creating prototypes, whether an arcade idle game is being developed in the same way as hypercasual games and if the same KPI thresholds are being used to determine marketability. In his post, Vielliard suggested a minimum of three to five months’ work on a game prior to its launch.

Then, ahead of CPI, the focus of a developer should be on engagement metrics with a minimum first-day retention rate of 40 per cent and playtime lasting at least 20 minutes.

In-game economies are also important and 20 per cent or more of a game’s revenue should come from IAPs, Vielliard advised. His LinkedIn post included a case study of Aquarium Land – a Turquoise game supported by Homa – and noted that the IAP process included the design of an adaptive offer system and optimised economies.

"Arcade idle (and any other hybrid games for that matter) require a WHOLE NEW production pipeline in order for them to work and achieve success and profitability, because you can't expect to treat them the same way as your hypercasual games," said Vielliard.

"Arcade idle is not dying, and we are only scratching the surface of the enormous potential those games have in term of profitability."

Victoria Trofimova: "The years of rapid growth in the mobile gaming industry are over"