Another talk from PGC Helsinki discusses the pros and cons of self-publishing your game, on mobile or otherwise. 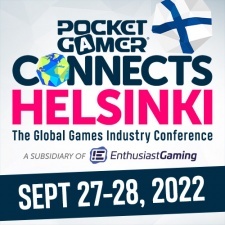 For many developers the idea of self-publishing could be as tantalising as it is intimidating. Whilst working with a publisher affords a much greater sense of financial security and a support system specialising in games, working independently can allow a much greater degree of business and creative freedom. This is exactly the dichotomy that CEO and co-founder of ICO Partners Thomas Bidaux discussed in his talk this morning in Helsinki.

Thomas’ main background in self-publishing comes from the console market, although he now works on mobile games as well. He discussed the various responsibilities that will have to be taken on by a studio that self-publishes. From marketing, to community management and even legal aspects such as age-ratings, it’s not as simple as putting your game on the store.

“What does it take to self-publish? It takes all that.” Thomas didn’t say that self-publishing was right for every developer or indeed every market. He did, however, point out that QA and other development tasks are best handled by the developers themselves, “This is making the game. This is making sure the game runs,” and although publishers may veer in a certain direction, that doesn’t necessarily mean they’ll know what’s best for a game’s vision.

In terms of community management, Thomas looked at how there are indeed opportunities and missteps for developers. You don’t always need a massive team, and even a freelancer working two days a week can help to support community management on social media and messaging apps like Discord.

However, equally so he warned about the pitfalls of jumping into apps you don’t understand. Whilst you may see some games receiving great attention on places like TikTok, that doesn’t mean your game is suitable to showcase there, or indeed that you’re able to. “If you are never on Facebook, don't waste your time on Facebook.”

Everything, from making a trailer, marketing and more forms a developers vision. Just as much as self-publishing is taking on a greater responsibility, Thomas points to how it can be a great opportunity as well.

Check out PGC Helsinki here, or watch out for reporting on our talks in the coming weeks and months.

Understanding the Complexity of Today’s Player