All three ads ruled on by the Advertising Standards Authority dealt with elements deemed to be suggestive or otherwise inappropriate. 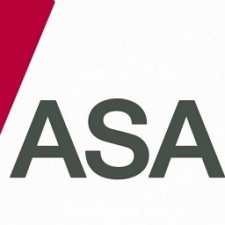 The mobile market is incredibly reliant on advertising. Capturing your audience’s attention is no longer as simple as traditional forms of media such as radio, television or print. Nowadays, ten seconds can be considered a lifetime in advertising terms, and especially for the mobile market - there are no thirty-second slots, at least none that would feasibly work. However sometimes advertisers miss the mark, and that can bring repercussions down on their heads in a manner that brings them less publicity and more notoriety.

This has been the case with three recent rulings made by the ASA (Advertising Standards Authority), on mobile adverts for King’s Game: Thrones of Conquest, Legend City and Refantasia: Charm and Conquer. The complaints were prompted by those who reported about various aspects of the advertisements in question.

All three adverts were dealt with in separate rulings, but all faced significant criticism from the ASA for having sexually suggestive elements, promoting stereotypes and objectifying women. The details of the adverts themselves are included in the assessments, and all three were found to be in breach of the CAP (Code of Non-broadcast Advertising and Direct & Promotional marketing); rules 1.3 (Social Responsibility), 4.1 and 4.9 (Harm and Offence). Despite the developers of Legend City pointing to their game having a mature rating, the ASA pointed to the ad being served on an app listed for an all-ages audience and maintained their ruling.

All three companies received warnings for the adverts and rulings that, “The ad must not appear again in the form complained about,” which would require either significant editing or entirely new advertising altogether. Given the prominent discussions around sexism and objectification that has been ongoing about games and their marketing for decades, these rulings could be seen as positive in the sense that it shows action is being taken or negative in the sense of there still being such significant amount of these sorts of advertisements that action has to be taken.

This story points to how game advertising is still subject to many of the same rules as any other medium, and that audience reception can play a strong role in taking harmful or offensive adverts offline. The ASA offers briefings on how different advertisers can tailor their ads to be in compliance with UK rules. Certainly as we've previously reported, harmful, offensive or 'humiliating' ads can be harmful to users and hurt acquisition.