The Imperial War Museum’s latest exhibition doesn’t concentrate on objects from a real-world conflict, but instead on video games that recreate war and its effects. 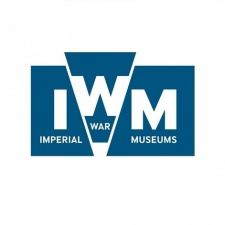 The debate around violence in the media has been ever-present in society since the dawn of storytelling. Whether to depict it, and if so, how? As well as what, if any, effect it has on an audience. What’s not in doubt however is that one of the most popular subjects to depict is war, whether for thrills, for terror or for tragedy. War is said by many to be a part of the human condition and an unavoidable part of existence.

The Imperial War Museum is usually dedicated to cataloguing and exhibiting examples of real-world conflicts and their effects. However, their new exhibition looks to examine war’s role in one of the most popular forms of modern media, video games.  In their official description the IWM says, “War Games invites visitors to interrogate the tension that exists between the thrill and tragedy of warfare in a game and its repercussions in the real world.” The exhibition is curated in collaboration with the Historical Games Network.

The IWM exhibit will feature numerous examples of games that deal both with recreating conflict, such as “Arma 3” (Bohemia Interactive), examining its consequences in “This War of Mine” (11 Bit Studios) and how we process conflict in cartoonish or exaggerated ways via the arcade game “WORMS” (Team17 Digital Limited). Cataloguing and challenging viewers to reflect on how conflict can be understood and interpreted through this medium.

Given the popularity of warfare in many mobile games, such as “Boom Beach” (Supercell), the exhibition may present questions the whole industry can reflect on. Rather than the often accusatory rhetoric that is levelled around violence in games, the IWM looks to have visitors reflect on what purpose depicting war serves in all its forms. From the thrilling to the cartoonish and the tragically real.

We recently discussed the BFI’s inclusion of video games as a prominent part of the Screen Culture 2033 Initiative and The Imperial War Museum’s event sees another prominent institution look into games and their purpose in the media. With the previously mentioned Supercell seeing major success with Boom Beach: Frontlines produced in collaboration with Space Ape Studios, war seems to still be appealing to game playing audiences.