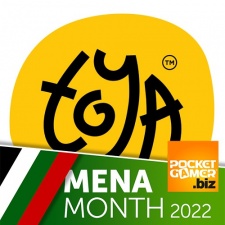 'Girls don't have to hate their bodies' is the message from Toya and Dove as they announce a global partnership endorsed by Women in Games and the Centre for Appearance Research (CAR).

The partnership's first milestone is the beta launch of Super U Story, a story-driven Roblox experience that sets out to help players experience the many versions of what today’s beauty can be. Notably, the NPCs within the experience have been specifically designed to represent as many diverse bodies, skin tones, abilities and conditions as possible, celebrating each for their own uniqueness and gifts. The intent is to empower players and offer a measured perspective on human bodies, as well as deliver important messages about communicating feelings and not being too influenced by social media.

Dove recently completed research endorsed by Women In Games, which revealed that 60% of girls and 62% of women felt misrepresented in video games - highlighting that over one-third of young girls' self-esteem is negatively affected by the lack of diversity in gaming avatar options. They also partnered with Epic Games to create an initiative called the Real Virtual Beauty character art collection, which has been advertised using artwork that includes the powerful quote "I've faced zombies, fire dragons but no women like me."

Toya is perhaps best known for their work with the Miraculous Ladybug and Cat Noir RP game on Roblox, which is one of the highest grossing experiences on the platform and contributes towards their billion+ lifetime downloads, however their entire history as a company is centred on representation within the video games space.

“With thousands of games made every year, it’s astounding that none of them address the continuing societal challenges and pressures that young girls face every day, especially in regards to their bodies,” said Toya founder and CEO, Anat Shperling. “In reality, we all come in different shapes, sizes, colors, abilities and that should be reflected and celebrated in the digital content and worlds that are consumed every day, which was a driving force for why we created Super U Story. We created the experience to encourage reflection and spark conversations that we hope helps the next generation avoid the struggles that women face today and instead accept themselves as they are, beautiful, in so many ways.”

In addition to creating a positive experience for young girls, Super U Story is also notable for two further reasons. Firstly, the choices made by the players are being collected for a further study by CAR for a further report based on the subjects of the game. Secondly, it is the first time that the new look Roblox models have been used in any Roblox Experience. On that, Shperling added that "Being a female-led studio, [Toya joined with] Roblox to push Roblox technology and create an inclusive experience to empower girls." adding, "Our hope is to create products in the digital world that inspire female gamers to overcome stereotypes and close the gender gap.”

This November companies and industry figures will be meeting at Pocket Gamer Connects Jordan and the PGC Leaders Summit Riyadh.