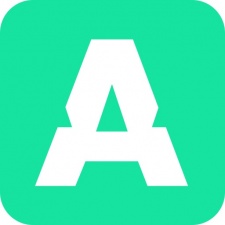 The blog states that AppTrackingTransparency (ATT) has been a milestone in mobile performance advertising.

“Deterministic targeting and measurement data, the pillars that advertisers relied upon to simplify scaling their app user base, were shaken. Perceived performance on core app advertising channels had noticeably dipped. And the biggest victim in all of this? Mobile apps who had yet to reach scale.”

The post notes that larger apps could better navigate the new environment with existing resources, whereas smaller apps faced significant challenges such as ad monetisation and user acquisition.

Focusing on Google Play, the post notes that there are, at present, 3.5 million apps in the store, all of them competing for users. This means that smaller apps may struggle with user acquisition. This level of competition leads to higher auction prices on ad channels and increases the cost per acquisition (CPA). To increase install volume, developers thus have to utilise more ad channels.

Appsumer states that “When to add new channels is a simple calculation. If you can no longer increase the volume of app installs on your existing channels without exceeding your target CPA or re-evaluating your KPI targets, then quite simply you need to add more channels.”

The post suggests setting aside 10-20 percent of performance budget towards testing new channels, as well as taking note of what’s working for your app and comparing it to the CPA of the industry on chosen channels. After finding this figure, double or triple the figure and set it as the ceiling for the first several weeks to see how reactive the channel is to the creative.

The post suggests investigating new channels before performance on an existing channel begins to plateau. Paid acquisition can often lead to higher conversion than organic advertising. Traditional channels such as Meta and Google App Campaigns are proven methods to gain new users, however Appsumer suggests investigating up-and-coming platforms with large scale but low advertiser adoption. The post notes that despite seeing MAU of 1.6 billion in Q1 2022, advertiser adoption on the platform hovered at around 50 percent, compared to around 90 percent on Google, Facebook, and Apple.

Appsumer also suggests investigating other methods, such as influencers or connected TV, which can help bring your title to the attention of the target audience.

In September, Appsumer and InMobi reported that ASA has seen a 5 percent year-on-year increase in share-of-wallet.