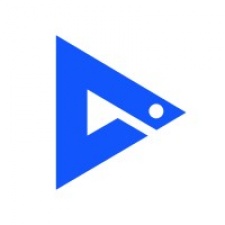 If you're looking for a snapshot of just how much hypercasual games development has changed over the past three years, then Azur Games’ latest blog post looking back at the pre-pandemic industry compared to now, is a must-read.

No longer being a "sprint", Azur Games asserts that modern hypercasual development is now more like an "obstacle race", with only 1 in 300 indie hypercasual games turning out successful, according to their average figures.

In 2019, hypercasual games were mainly developed by teams of one or two people, built using bare mechanics with a distinct lack of level design and meta: "You pop bubbles and that’s about it."

Now, most indie hypercasual teams are around double that size, but a team of 10 on a single project is no longer unprecedented, with clear defined roles for artists and level designers. This is partly due to the fact that it’s simply harder to make a hit game based on core mechanics than it was three years ago.

Level design itself is something that has come along massively since pre-pandemic days, with "almost none" existing at that time, according to Azur Games. Similarly music and sounds were lacking with assets coming from open libraries. Meanwhile designs for the levels were in a primitive state.

Today, level design has reached extreme importance being the make or break as to whether a user is going to play one hypercasual game over another. Azur Games suggests this is the sole reason Taxi Run became profitable after a 20 percent day one player retention on its first prototype.

On the subject of prototypes, these also take longer to make in modern times. Where once prototypes were made in days in some cases, it is now more of the norm to spend two to four weeks on prototyping the original version of a game.

But not all the numbers are soaring upwards. "The average revenue from hit games has decreased," they report. "As a result, the top spots on the charts are reserved for those who’ve spent the last years accumulating internal expertise," Azur Games stated in the post.

The company also notes that the share of ad monetisation in hypercasual earnings shifting from up to 100 percent in 2019 to roughly 10 percent in 2022, represents a huge shift in revenue produced in-game. Variation in specific games’ cases is further explored in the original blog.

It certainly makes for an interesing insider read.

Want more? Check out another Asure Games post from the start of October, discussing the salvaging of ditched apps.

Azur Games breaks down the benefits of sound design