33% of puzzle gamers view ads positively but 43% will quit if they’re too prevalent: how can game makers hit the sweet spot?

Advertising offers both boons and risks to game makers 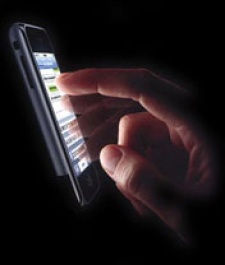 A recent report showed that puzzle gamers were more likely to react neutrally or positively to in-game advertising than to react negatively. However, the same report also found that 43 percent of puzzle gamers are likely to quit playing if ads become too prevalent. To paraphrase William Blake, you never know what’s enough until you know what’s more than enough.

This raises a few interesting questions, first of all, why are puzzle players so likely to react positively to advertising?

The answer, in part, could lie in rewarded ads.

Puzzle games can be, for lack of a better word, frustrating. Players may be given numerous lives, and waste all of them trying to pass a particularly tricky level. Players may need to unlock new levels, without the required in-game currency to do so. In some cases, power may only fill to a maximum below the cost of unlocking a new level.

Rewarded ads, in a sense, offer players a way around such frustration. Rather than wait an hour for their lives to refill so they can pass a level, watching an ad can give them extra lives instantly. If a player is moments away from passing a level when they get the game over screen, an in-game ad can give them the resources they need to snatch victory from the jaws of defeat.

For players reluctant, or unwilling, to make in-app purchases, rewarded ads offer gamers the chance to enjoy the benefits in exchange for time, at the same time giving game makers an additional revenue stream.

Another method is to shift focus from intrusive ads to intrinsic ones. Whereas an intrusive ad forcibly breaks immersion to bring a product to the gamers attention, intrinsic ads can instead increase immersion, seamlessly integrating real-world products into the game through product placement or in-game billboards. We recently wrote that such ads are viewed more favourably, and may even be more effective than interstitial ads.

So when does advertising get to be too much?

Go to any puzzle game on the app store, and the low reviews are likely to criticise the number of ads. In some cases across genres, gamers can expect to see multiple intrusive advertisements in a single level.

Advertising is what makes free to play games a viable business model, letting game makers earn money without imposing download fees. However, that doesn’t cut gamers out of the equation entirely: quite simply, without an audience, advertisers may decide not to invest in a given title. At worst, the prevalence of ads for a certain game or product may have the opposite effect, driving away consumers rather than converting them.

As such, a delicate balance needs to be struck, both to increase retention and make a game more appealing to prospective advertisers. Done correctly, advertising can not just be accepted but embraced by the playerbase. Done incorrectly, and players will go elsewhere, taking any potential revenue with them.

Intrinsic ads are viewed more fondly by gamers, and may be more effective than interstitial ads