Pangle identifies how, and when, developers can capitalise on peak periods worldwide 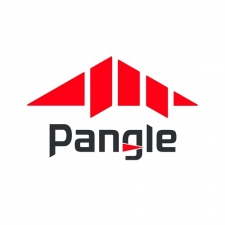 The holiday season is upon us, and despite the worldwide economic downturn, it’s still set to follow in the tradition of generating massive revenue, but how can game makers capitalise on this and optimise their monetisation strategies?

Partnering with Pangle allows developers and publishers across categories to maximise revenue and reach engaged audiences in 36 markets worldwide throughout the holiday season.

Pangle has released a roadmap for publishers to follow to optimise their monetisation strategies throughout the holiday season, as well as identifying the key dates for the season.

While Black Friday (November 25th this year) is traditionally seen as the busiest shopping day of the year, this doesn’t hold true worldwide. SEA sees two peak days throughout the season, on November 11 and December 12. Although Black Friday is identified as a peak day in both MENA and LATAM, the group identifies the run-up to the sales as causing a large spike in demand.

Black Friday 2021 also saw a significant spike in gaming creatives, with ads related to gaming as the top performer across all categories.

In 2021, Pangle’s budget for LATAM increased by 300 percent during Black Friday, with an eCPM (effective cost per mile) for rewarded ads increase by 240 percent, and a further increase of 200 percent in the eCPM of banner ads.

So how can mobile game makers maximise their revenue potential?

Pangle has created dedicated ad templates for November 11th and this year’s Black Friday sales, which developers can use without updating their SDKs. These templates can be applied to a variety of ad formats, with the goal of bringing the developer's creative to the attention of both new and existing audiences.

Utilising Pangle’s SDK and turning on traffic in all available regions can help boost user acquisition in the quickly emerging LATAM, MENA, and SEA markets. The market saw staggering growth in 2021 and, despite the worldwide economic slowdown, this shows every sign of repeating in 2022, and by taking advantage of this game makers can maximise their revenue.

Finally, starting the campaign and maintaining it following peak days can help keep the creative on a healthy trajectory, maintaining revenue potential well after the initial spike in sales.

By following these practices, developers can successfully boost their profile and bring their apps to the attention of new audiences, allowing them to maintain high revenues not just throughout the holiday season, but well into the future. Scaling is a process, however, taking advantage of all available opportunities can help developers maximise their potential.

Earlier this year, Pangle expanded into 12 new territories worldwide, including emerging markets such as Iraq, Pakistan, and Kuwait.