Nexon, the company behind games such as DNF Mobile, released their financials for Q3, and their results showed record revenue, rising in some areas and dipping in one key market 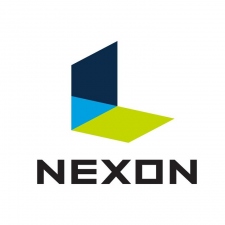 Nexon, the company behind numerous groundbreaking games, as well as a modern portfolio of mobile games, has released its financial results for Q3. Nexon reported a record quarterly revenue of $665m, up 28%. It also announced that the board of directors has approved a $341m share repurchase process to be undertaken from November 10th 2022 to April 19th 2023.

CEO of Nexon, Owen Mahoney stated that “In a global business environment that is best described as ugly, 2022 is shaping up to be a tremendous year for Nexon, and our confidence in 2023 is growing. Our portfolio of established franchises is tracking to achieve the biggest full-year revenue in our 28-year history, and we have by far our best pipeline of new games for global distribution on multiple platforms.”

Echoes from elsewhere in these results

Whilst Nexon financials do not have any groundbreaking changes, such as we’ve seen in Activision-Blizzard and Take-Two’s pivot to a mobile-first revenue share, the data does support observations about developments elsewhere within the markets. Although Nexon do note Dungeon Fighter’s lower year on year revenue within China, they also note that their overall revenue is down by 14% within the country. This mirrors sentiments by analysts and industry movements that the mobile game industry, and games in general, are in for a rocky time in the Chinese market.

Notably, Nexon announced that revenue in both Japan, as well as America and Europe, was up by 13% and 10% respectively. This points to the decline in China being unique to that market, further supporting analyst sentiment. However, overall Nexon say that Dungeon&Fighter Mobile, although it delivers consistent growth, has been below their expectations for Q3, which may be disappointing for one of their flagship franchises.

The share repurchase scheme, as we’ve seen with companies like MTG, could indicate consolidation of control in order to prepare for larger moves ahead. This may be in anticipation of a need to decisively deal with difficult economic conditions, or perhaps an early indicator of some major announcement or changes on the way.

It’s been an interesting time to see financial results, as larger gaming corporations begin to muscle in on what was until now a fairly independent sector of the gaming industry. Companies like Playtika have seen changes to their revenue shares, whilst Take-Two’s Zynga acquisition seems to have paid off massively.