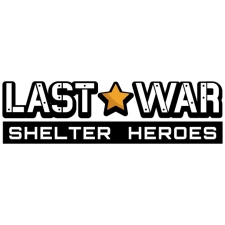 TinyBytes today announced that their early access game Last War: Shelter Heroes is going into full, official launch. The Chile-based studio boasted of already having garnered around 700,000 downloads and 400,000 Google play pre-registrations in their early-access period. “In LAST WAR: SHELTER HEROES, players worldwide will be able to take command of a WWII shelter, train its survivors, win battles and get resources to expand their shelter, build new modules to craft resources, create weapons, food, money, form a squad and send them on missions.” The game will also feature social elements such as chatting, tournaments and the joining of alliances.

As with their previous title, Massive Warfare, TinyBytes are strongly pushing the social elements of their game. CEO of TinyBytes, Andres Constantinidis stated in the announcement “The social component is very important for us. We truly enjoy seeing our players compete, team-up, make friends and build communities around our games. With the launch of Last War we hope to build on the success of Massive Warfare.” TinyBytes has previously stated their ambition for Massive Warfare, another game of theirs, to eventually form an esports community, arising from social aspects and tools within the game.

Despite macroeconomic circumstances that are affecting industry giants like Tencent, TinyBytes being able to move forward with their release and seeing such optimistic results is good news for other publishers and developers. TinyBytes are already promising new updates and additions to the game in the coming months and years, with the strong download and player feedback in the early access phase likely buoying their confidence in Last War.

Although aspects such as chatting, tournaments and alliances are quite standard throughout mobile games nowadays, the repeated emphasis on these features indicates that many companies believe building a strong following in their games goes hand in hand with making it a welcoming place to be. Although online multiplayer is often stereotyped by its most negative elements, there’s no denying that a well-managed and enthusiastic community can elevate good games to great games, and great long-term success for companies.

Certainly, multiplayer games make up some of the largest and most profitable titles across nearly all platforms. Major companies such as Riot Games are looking to capitalise on this by consolidating control of their mobile multiplayer games, such as in the Asia Pacific region, where it has dissolved a deal with developer Garena who previously managed the game.

As of the time of writing the game has launched on iPhone iPad and Android devices worldwide. Earlier today we also had the opportunity to speak to TinyBytes in-depth about their business and the development of Last War: Shelter Heroes.