The studio, comprised of industry veterans has raised at least $4.6m in investment to continue the development of their co-op mobile game “Sea of Souls” 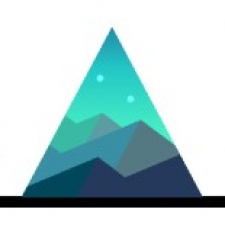 Landmark Games have announced that they have secured a $4.6m investment into their company to expand their studio to around 20 employees, as well as to continue the development of their debut mobile co-op game, “Sea of Souls.” The studio was founded by James Older, Dave Burpitt and John Chisholm, previously of Big Pixel Studios which was shut down in 2020 less than two years after being acquired by WarnerMedia. Their new venture is Sea of Souls, with which they’re looking to redefine the social aspect of mobile games and join a push for more friendly and inclusive communities within handheld gaming.

CEO and co-founder Dave Burpitt has been quoted as saying "We want to fundamentally change the experience by dismantling the negative expectations of being out-skilled or pummeled by your friends in exchange for joining what should be a fun gaming session. There are billions of potential players who love the idea of fast-paced action in a highly social experience that are put off by the ultra-competitive and often anti-social environment. It takes a different approach to build a studio dedicated to this huge audience and we are ahead of the curve here at Landmark."

Landmark’s focus on building social interactions mirrors the efforts of other game companies. Supercell’s Clash of Clans and the rest of their catalogue are known to have an active gaming community, whilst our recent interview with TinyBytes games saw them mentioning growing a community and putting social interactions first. Building a social community around a game is key to ensuring long term success by increasing the value beyond merely the game itself, but into the connections players make from engaging with it.

Sea of Souls' attempt to tap into the co-op market for mobile gaming is also an interesting move, but bypasses many of the issues with building a community by directly tying player success to cooperation between partners. Instead of setting up players in opposition it encourages them to work together, at least in part, which is sure to help in encouraging teamwork.

We’ve also recently seen mobile games get a big boost in terms of profile, with the TIGA Awards 2022 seeing big wins from the industry. Landmark Games’ investment follows a trend of mobile studios receiving more and more money to engage with the still-growing industry.