At the Global Top Round conference in Lulea, Swedish Lapland, Arctic Games set out its stall to attract talent to the area 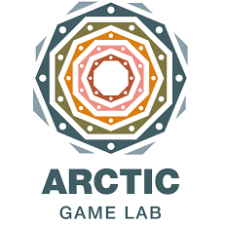 At the annual Global Top Round (GTR) conference last week, this year held in Lulea, Swedish Lapland, we heard from the city’s Deputy Mayor, Fredrik Hansson, CEO of the Lulea Business Region Rickard Lundmark and Arctic Game’s Daniel Wilen about their vision of a gaming hub in the region.

There is a plan for the region to become a world-leading business region with gaming at its core. The strategy is to attract companies to come and base themselves in and around Lulea, Sweden's 25th largest city, as well as providing a support network for those already existing in the area.

The main industry in Northern Sweden currently comes from steel and mining, but the need to make adaptations with consideration for climate change is at the forefront of development in the country. The traditional industries have had to change their values, moving over to green production methods, and in this region especially there have been enormous investments into carbon neutrality, new infrastructure and housing for anticipated growth. A few years ago, an entire city (Kiruna) was moved 3km to prevent it sinking into the ground counter mining-related subsidence, creating a denser city centre with a greater focus on sustainability, green and blue infrastructure, pedestrians and public transport, proving the Swedish government's commitment to the cause.

The gaming industry is key

One of the main challenges to overcome in order to reach this ‘business hub’ status is skills attraction, as Northern Sweden (and wider Lapland) is not the first choice for people to migrate to - geographic location and climate being the main factors. However the gaming industry is one of the key sectors being targeted by the local government, who see its huge potential to bring in fresh new talent and income to the region. Their plan is to create a huge local movement that will attract people there.

Fredrik Hansson, the deputy mayor of Lulea, is clearly passionate about his mission. He knows that to grow as a city, people to move in, and he wants to encourage diversity - most people living in the area currently work in traditional industries, but Hanson is aware of the value of the creative industries and what they could add to the city, and is doing everything in his power to attract them.

This brings us on to Arctic Game, an organization that is working "to create a strategic platform for the game industry in northern Sweden; with business development, investment support, game educations and events to build a strong games community" and is now northern Europe’s fastest growing game cluster.

Daniel Wilen of Arctic Game gave an impassioned talk about the current changes in the games industry and the need for a northern hub. His leading gambit was that “nothing spurs innovation like a good crisis” which he backed up with the example of the worker shortage after WWII which brought women into the factories and was the catalyst for fundamental changes to industry.

He explained that when the crisis started in Sweden, they were trying to implement growth strategies but were suffering from what he dubbed ‘brain drain’ - the mass exodus of home-grown talent to other regions or countries with established creative industries. They soon realised that it was necessary to create a hub within the region to keep talent from taking their earning potential elsewhere - hence Arctic Game was born.

In 2015 it included only a handful of companies, and now there are 75 studios and 800 game students involved across the region. There are three pillars to the Arctic Game strategy:

The idea is to create a gaming region that can be marketed around the world, and that will be seen and heard outside its own nation. Wilen refers to it as "sustainable game industry klondike" and believes that by collaborating with people in the region and growing the industry via an incubator initiative, this can be achieved. They are also creating ‘game villages’, by taking small villages with populations of around 600 inhabitants, finding the empty buildings and moving in companies (Mind Detonator as an example) with a view to revitalising the area and creating satellite industry hubs, to form a comprehensive network.

This, they believe, will make the region attractive to investors, and they are well aware that there are millions of dollars available for games industries right now - it’s just a case of being seen as worthy of investment. He is aiming to create a “more interesting labour market and also a more interesting society” in the area, fuelled by games. It does seem that with such strong wind in its sails, there isn't much doubt that we will be seeing a lot more talent streaming out of Lapland in the not-too-distant future.