Companies can claim 32% of development costs back 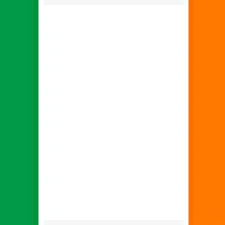 This credit will allow developers to claim back money spent related to game design, production and testing between $102 thousand and $255.6 million, letting them alleviate up to 32 percent of development costs.

“The launch of the Digital Games Tax Credit is a huge moment for the Irish video games industry; it will welcome a new era of development creativity," said Irish Game Makers Association director Craig Stephens. "This globally significant 32% credit will support our existing games development talent, plus attract major investment from overseas. Ireland is ideally positioned to secure more of the rapidly expanding $300 billion worldwide industry”.

"Ireland is already a world leader in other areas of the audiovisual sector including film, television and animation production, I believe that this credit will be instrumental in replicating such successes in the digital gaming sector," stated Ireland's Minister for Finance Paschal Donohoe. "The introduction of this credit will ensure that Ireland is competitive in an industry that is estimated to be worth up to €260 billion ($265 billion) ."

The subsidy was launched by Donohue and Ireland's Minister for Tourism, Culture, Arts, Gaeltacht, Sports, and Media Catherine Martin.

Ireland has been growing a presence in gaming over the past several years, and plays host to prominent industry names such as Homescapes developer Playrix and software company Havok. Martin states that the intent of the tax credit is to fund both local developers and make Ireland an attractive prospect for companies looking to relocate or open new studios.

"The Digital Games Tax Credit will lead to support for the development of indigenous games companies along with increased investment from overseas games companies looking to locate in Ireland,"

One factor in the fund could be Ireland being the only EU country to share a land border with the UK, making it ideally suited for UK developers in particular looking to take advantage of EU talent by relocating. The country has also attracted massive productions such as Star Wars and Vikings, as well as films such as Braveheart, cementing its place in the media landscape.

Although developers in Ireland can take part in several schemes to offset development costs, such as the EU's Video Game Development Scheme, this tax credit marks the first significant incentive by the Irish government targeted at the gaming industry.

Earlier this year, we listed Playrix as one of the top 50 mobile game makers of 2022.