The company from Bahia participated in Google’s #WeArePlay editorial, and received a portion of a $2m investment from the corporation 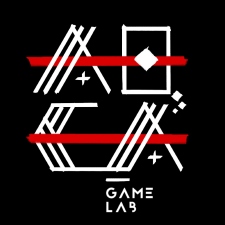 Aoca Game Labs, a Brazilian mobile game company, yesterday announced that they had received part of a $2m investment from Google Play’s Indie Games Fund. The company was also invited to participate in Google’s #WeArePlay editorial, producing a video for their blog. The video details the inspiration behind their game series Árida in the historic town of Canudos in Brazil's Bahia state. Aoca specifically credited their achievements to the company’s decision to pivot to mobile.

CEO of Aoca, Filipe Pereira, was extremely positive about the announcement “It's simply amazing what's happening this year with us. We released the mobile versions, then the #WeArePlay footage and now the investment. We have no words to thank Google for trusting our work. We want to make 2023 an even more meaningful year for us. We will definitely make these opportunities continue to change our history!”

Aoca Game Labs notes in their announcement that the Google Play store was a key factor in accelerating the success of their games. The investment was provided ‘equity free’ meaning Google will not take a stakeholder role in the company, allowing Aoca to develop as they please with the investment provided. The gameplay and world of Árida draw heavily upon local culture and history in Bahia, showing how mobile can be a great platform for nuanced and artistic representations of history and world cultures.

According to Aoca, the investment from Google will go towards the further development of their catalogue, specifically Árida: Definitive Edition. This will also include a business restructuring aiming at further elevating and promoting the Árida series. Although the $2m investment is not as large as what we have seen from other major companies, for a still developing business like Aoca Game Labs, even a relatively small portion of this is probably going to be a major factor in their business expanding.

Aoca Game Labs are also planning to release a sequel to Árida next year, as well as porting the original game to consoles such as Xbox and Nintendo switch. Google meanwhile is facing a lawsuit from Epic Games over accusations they violated antitrust laws, due to practices in the Google Play Store.