Usercentrics finds that 90% of apps studied were found to be non-compliant, including 100% of gambling apps 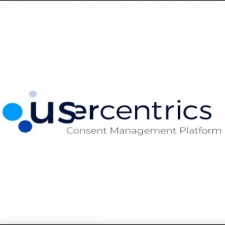 A new study by Usercentrics has delved into the topic of privacy, and found that 90 percent of the apps examined failed to achieve compliance with GDPR by tracking personal data without consent from the users.

Gambling apps were found to be the most common offenders, with 100 percent of those studied found to be non-compliant.

This falls in line with the findings of other similar studies, with Appvisory finding that 76 percent of a million apps studied tracked the personal data of users without consent, and Oxford finding that just 10 percent of two million were GDPR-compliant. As such, these apps are at risk of fines and the loss of user trust.

As users become more and more concerned with how their data is being used, compliance with GDPR regulations is becoming more than simply a legal requirement. A recent study has found that a positive privacy experience can increase the share of brand preference by 43 percent, while “the negative impact of providing a poor privacy experience is almost as severe as that of a data breach.”

Trust in a brand is vital both in terms of fostering brand loyalty and in their willingness to share data. The report finds that users are twice as willing to have their personal data tracked by a brand they trust. Meanwhile, methods such as offering monetary incentives for data can in fact have the opposite effect, eroding consumer trust.

The report finds that ensuring compliance with GDPR will most likely benefit apps, as consumers are unlikely to maintain their trust in apps that routinely fail to protect their personal data, and that creating a more trustworthy digital exchange can “protect app monetisation opportunities and bring higher revenue.”

Earlier this year, we published a guest article by LifeStreet CEO Levi Matkins about how to convert players to payers in the wake of recent privacy changes.